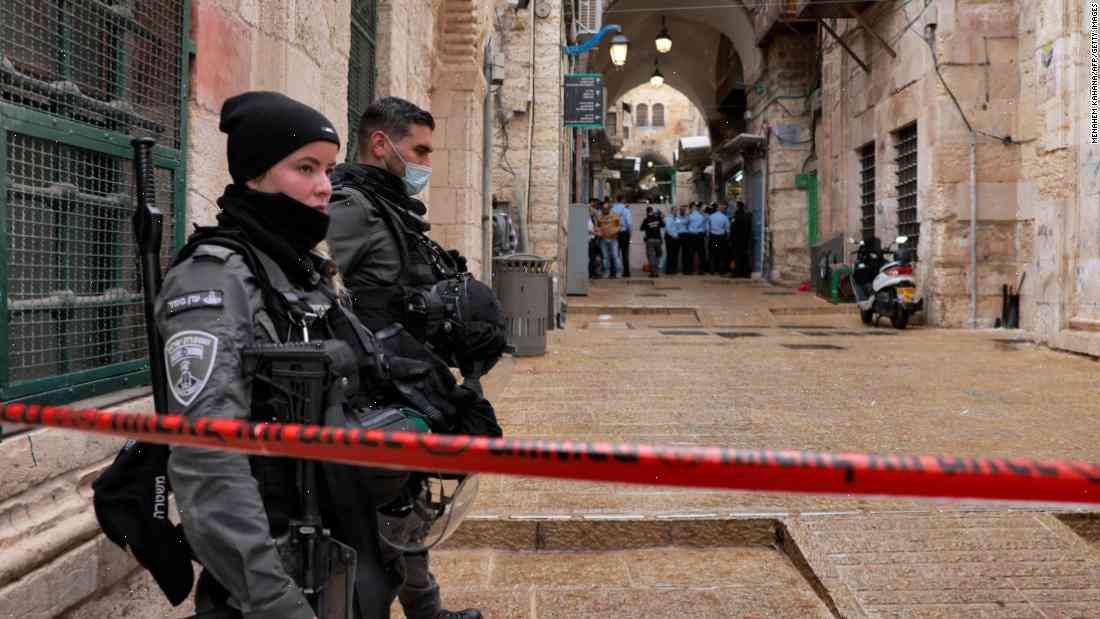 JERUSALEM — A Palestinian shot dead an Israeli civilian and wounded four others Saturday in what is believed to be the first attack on Israeli citizens since October, when a gunman at a kibbutz killed an Israeli woman and shot at passersby near the Old City.

Hamas, the militant group governing the Gaza Strip, praised the attack as “heroic.”

At least four Palestinians were also wounded, one of them seriously, according to Israeli police.

The shooting took place about 10:30 a.m. in east Jerusalem as the family of a resident of the Pisgat Zeev neighborhood arrived to offer condolences after the funeral of two Palestinian cousins.

It wasn’t immediately clear whether the gunman, who was wearing a police-style uniform, was targeting the kibbutz residents, though a video of the shooting showed him walking down the street behind the kibbutz line, holding an assault rifle in each hand.

According to police, shots were fired at a group of Israeli-Arab bystanders, who fled. The gunman shot his victim, a man, in the head from point-blank range, police said.

Police reported another shooting a few minutes later, at the entrance to Jerusalem’s Old City. There were reports of more shooting in western Jerusalem as well.