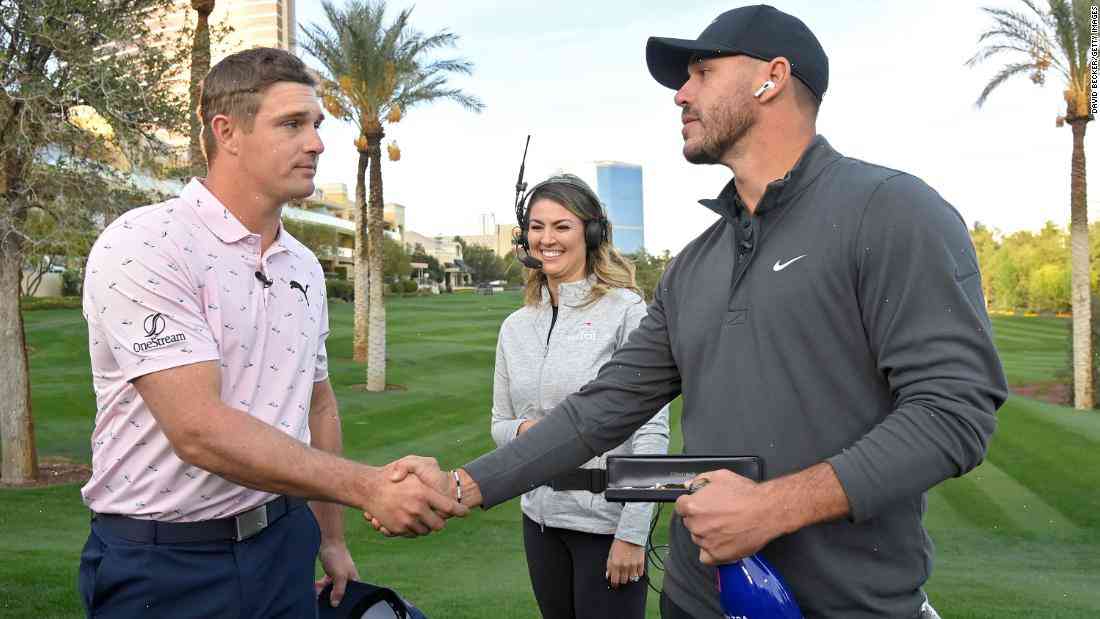 US Open champion Brooks Koepka said he tried to “spank” Bryson DeChambeau after beating him in the inaugural Ryder Cup-inspired ‘The Match’ in Shanghai.

“My eyes got to him, like he was all scared so I just wanted to spank him and tickle him,” Koepka said of his 30-year-old opponent.

“I was able to just connect and get the job done.”

Koepka is the last player to win consecutive tournaments on the PGA Tour before winning his first major title.

It was the highlight of his return to the game after he suffered concussion in a bike accident in September.

“It was a big week for me and I think if I wasn’t ready for it, I would have felt stupid and weak – but I had my emotions working for me,” he said.

Koepka finished second to long-hitting compatriot Dustin Johnson in July’s US Open – only the third time an American had won the Open title since 1923.

Anna Nordqvist wins the Saudi Ladies International in a play-off