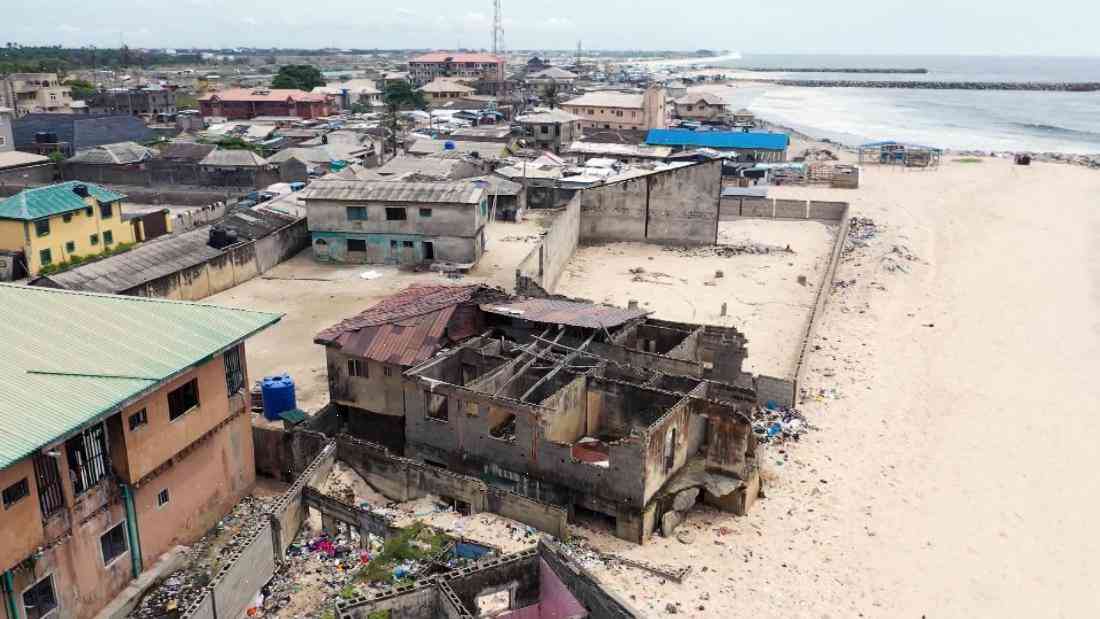 Sarah Tew’s organisation, Sandstorm Foundation, rescued 21 people from Aninri village in Anambra state when it was overrun by floodwater in June.

As climate change worsens, Ms Tew wants to raise awareness that Nigeria is suffering from erosion.

She has launched a campaign to ensure that nobody becomes homeless as a result of erosion, particularly children.

A lack of building regulations, she says, and how they apply, coupled with “herdsmen situations” in Africa’s most populous country have led to coastal erosion.

“There is no one specific way that to solve this problem, but it needs the willingness of the government to make the decision,” Ms Tew told the BBC.

“It also needs a big partnership with community groups and families living with it to collaborate on a sustainable project.”

In the 23 square kilometre (10 square mile) community, which was devastated by floods in June, local people are looking for an alternative place to live.

“There was pressure for people to find other settlements because there were some settlements, and not just those affected by the floods, but the whole communities decided to move,” she said.

“They have taken the majority of their permanent settlements and built new settlements, which they moved to the other end of the village.”

There were also donations from other communities of more vulnerable people.

“That was more than enough for them to start off, in case the flood even occur again,” she said.

By December, when the water receded, the foundation had taken the 21 people back to their old settlements.

Since then, they have been taken care of, registered and given food and shelter.

“People are now back in their permanent settlements. Some communities are rebuilding their houses themselves and that’s to reinforce the safety net,” she said.

“It may not be a long lasting solution but it is also a temporary solution. The communities are very grateful because it gave their individual stories, and how they survived, a new awareness that was not there before.”