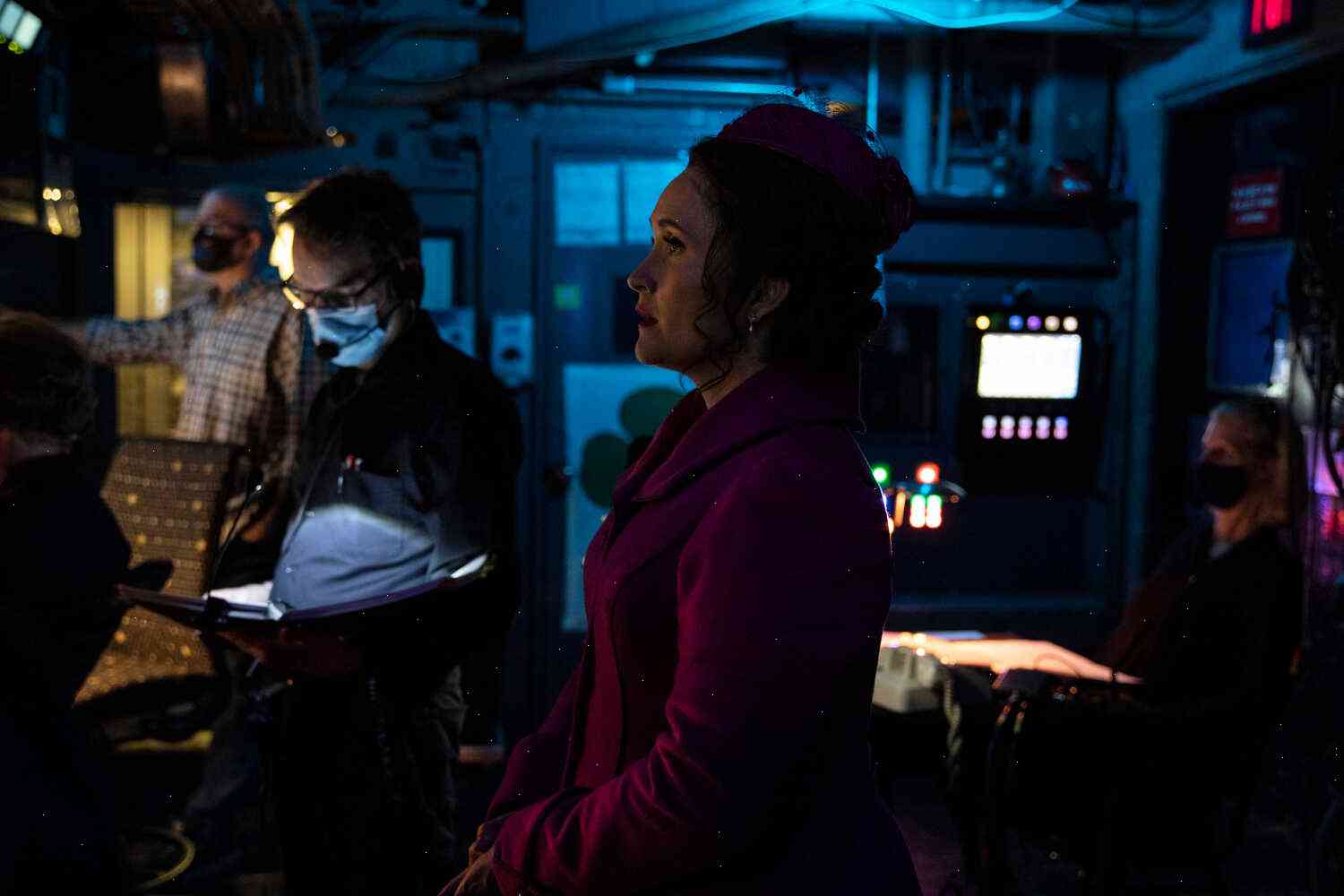 A celebrity takes off her scarlet gown and arrives at the Met — but things don’t always go the way she plans. Or has she gone into a tirade…

A Hollywood Renaissance woman is all set to make her opera debut at the Metropolitan Opera with an amazing role — but as we hear on this week’s episode of Real Story with Gretchen Carlson, this movie star — who hasn’t sung a note in public — just can’t seem to get a handle on the falsetto part.

Sarah Scott is a Hollywood actress, but she’s also a singer. But when she goes to the Met Opera to make her professional debut, her stage fright gets in the way.

“[Director] Daniele Finzi Pasca offered me the role of Ariadne for the first time, and he said, ‘You have to do this and sing the legato part,’ but I hate the legato parts. I mean, I want to be doing this live and all that. I was like, ‘How the hell are you going to make me learn this?’ I’ve never actually sung this, so I wondered how this was going to be a real challenge for me,” Scott tells Gretchen.

As it turns out, that challenge proved to be even greater than she thought — and the kind of reality star Tanya from “Shahs of Sunset” could’ve never dreamed up!

After spending hours at the opera house undergoing vocal lessons in London, she had the chance to perform in front of an audience — which turned out to be a little … less than enthusiastic.

“I’ve been obsessed by this opera ever since I was young. Growing up, my mom used to teach me how to breathe in my own way because I had just a little baby voice, so she always taught me to breathe. She had me like, [holds her breath] ‘Sarah, right now, squeeze. Sarah, what’s your name? Sarah?”

But the moments of the opera that she was more excited to perform were a little awkward, as she didn’t have the full stage experience and “had to sing like my sisters in front of me.”

“And I was just kind of sobbing and like, ‘Ma’am, I’m an adult. How are you going to send me to my big sister and have me sing in front of my little sister? Oh no! Please, please, tell me it’s OK,’” Scott remembers.

Caught on tape in an explosive performance, you can see it all when you tune in for the first time on “On the Record with Gretchen Carlson” Tuesday at 10p/1a ET.