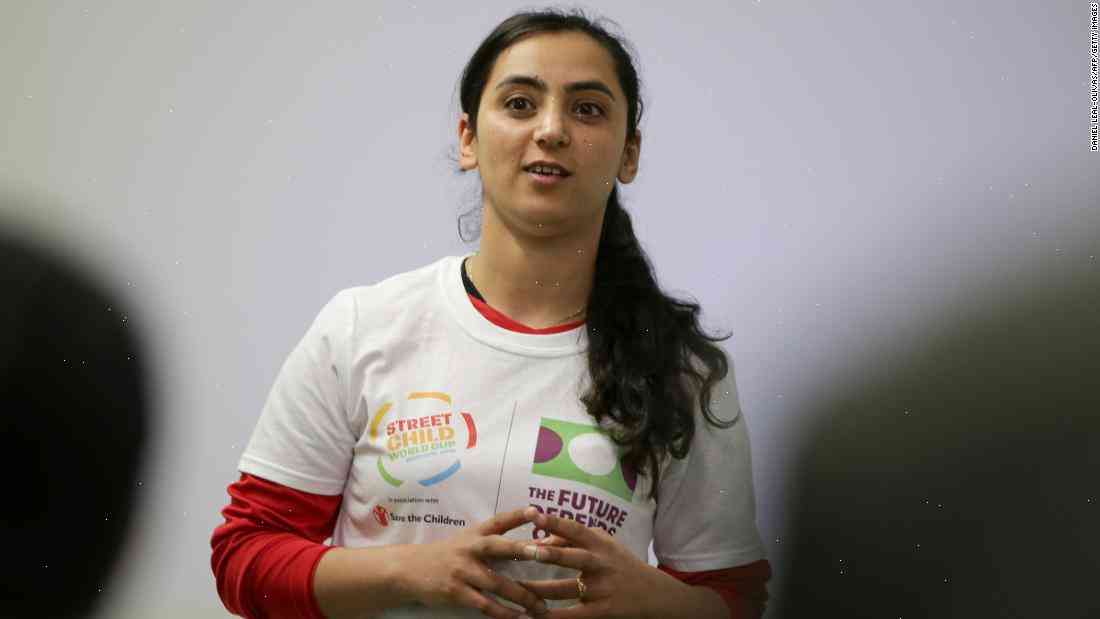 When the Taliban took over Afghanistan in 1996, the country was reeling from a war that had lasted nearly two decades. In the early weeks of the takeover, the militants arrested dozens of prominent and influential women from the government and surrounding communities, forcing them to flee and confining many of them to the front lines of their fight. One such name was Khalida Popal, then the captain of the Afghan national soccer team.

In a recent interview, Popal spoke for the first time about the circumstances under which she was taken from her home to a Taliban prison, where she was held for months. She pleaded with them to let her go, but in the end, they told her it was only because she was a woman, not a prisoner. “I appealed to them through my national duty, not for release, but to convince them that we all wanted peace,” she said. “I told them that I am a Muslim, I’m a wife, I’m a mother. They said, ‘Leave us alone.’”

Popal was living in the relatively safe province of Logar and traveling to the capital Kabul to discuss holding a women’s soccer tournament. She was then arrested, transferred to a warlord’s camp and imprisoned in Herat, where she suffered cruel and horrible treatment. She says her relatives arranged her release in 2001 in order to dodge the impending U.S. invasion, but it came at great cost to her reputation.

Fellow members of the international community tried to intervene to get Popal out of the country and, after her release, she was home to celebrate her national soccer team’s FIFA Confederations Cup victory. Popal went on to build her own soccer academy in Kabul and now lives in the German capital of Berlin, where she serves as the deputy sports minister.

She is touring the U.S. in advance of an essay she recently co-authored with her counterpart in Germany, Zahra Saleh, entitled “Calling Women from Prison: A Dialogue on Women in the Moment.”

The last resting place of William Barret Travis is a trashed mess, and some experts still don’t know where he is