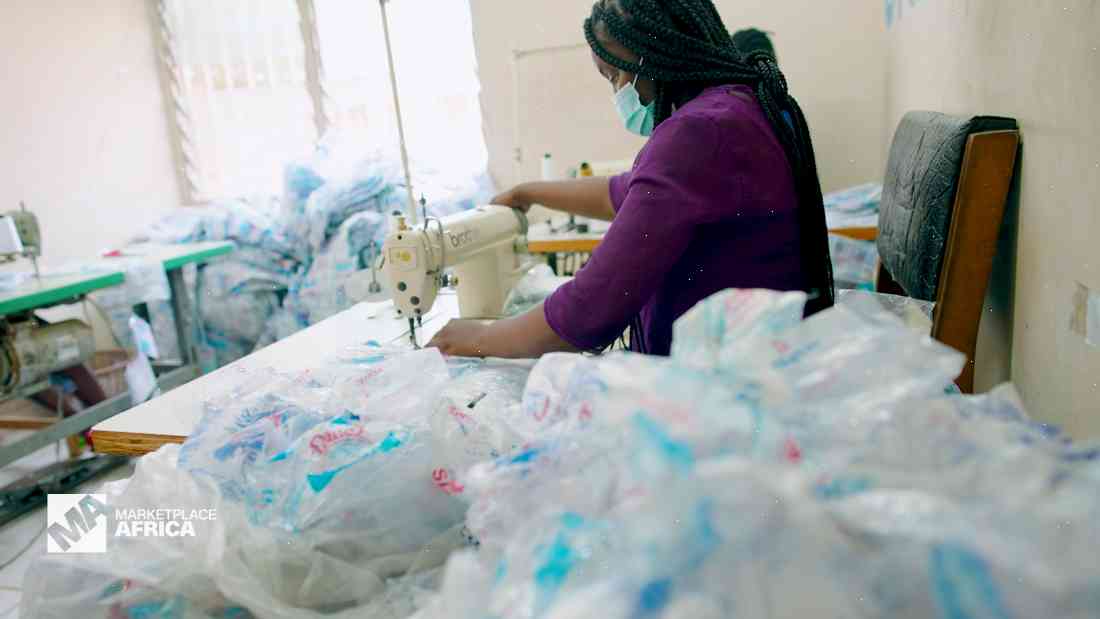 The surge in renewable energies – from wind turbines to solar panels – is likely to have a significant impact on Ghana’s power generation and overall output. The revenue it will generate will also benefit other sectors of the economy, according to the Ghana National Bureau of Statistics.

Gahana Pacific Energy Limited, for example, is developing a wind farm near Wasswa in the Ashanti region. Its headquarters are in Accra’s outskirts and its aim is to generate 100 megawatts by 2020.

Gahana works with a local co-operative that will help farmers grow crops that will help the company generate electricity, as well as providing financial and technical support.

“The farmers will earn money as they will sell the power to Gahana, and a percentage of that will go back to the co-operative, in the form of seed money, which can then be given to the farmers to use to build their business,” says Joakim Kwasi Mensah, Gahana’s marketing manager.

Gahana intends to install two new wind turbines that will add 40MW to its initial plan of 100MW. By 2022, it hopes to build a 200MW wind park.

Eskom has launched a new project to build two 150MW turbines at its facility in Cape Coast. Last year, Eskom also launched a new 10MW offshore wind farm in the Brong Ahafo region. It is expected to increase its electric output by 20MW. Eskom generated 2,815MW in November 2018 – more than 43% of Ghana’s electricity supply.

Meanwhile, Nema’s Green State Energy Project is attempting to increase electricity generation from renewables to 10% by 2020. The project intends to bring 50MW of solar energy to Ghana through two 33MW solar systems, as well as 17MW of green thermal energy through construction of a new thermal plant.

Ghana’s capital, Accra, is experiencing a rapid growth in the demand for electricity. Since 2007, the number of people in the city living in abject poverty has dropped from 41% to 22%.

The Ghana Meteorological Services estimates that Accra’s population will rise to more than 3 million by 2020, which will require the installation of 1,195MW of additional electricity infrastructure.

“With growth, the demand for electricity has increased dramatically. It is hard to get more people and every household is adding another person every day,” says Philip Kalua, CEO of Siemens Power & Gas, an energy-services business.

Global firms are looking at how they can help Ghana by investing in the power sector, helping it produce energy locally.

“The West African market is fairly lucrative, considering the demand. After almost a decade of robust growth, which has brought hundreds of thousands of people out of poverty, West Africa has historically benefited from strong commodity prices which are still favourable and stable,” explains Geoffrey Ayad, legal and corporate affairs officer at Mecanoo-based Kemahase Manufacturing Ltd.

Kemahase supplies a wide range of electronic products, from large desktop computers to small mobile phones. It hopes to tap into the local market through its project with Gryphon Connexion, a Dubai-based company that will install equipment.

“A lot of the power plant is for automation and it will give us a lot of export business, which is a big opportunity for us,” says Anosha Koromey, director of corporate affairs at Kemahase.

To help make renewable energy more affordable, Kemahase has partnered with Wales-based Solar PV, a company that will install solar panels on solar rooftops for free.

“This will save us a lot of money, because the cost of the installation and maintenance are very high,” Koromey says.

Gryphon is providing simulators and automated equipment for the project, as well as support and training for local mechanics. As a result, the company expects that its equipment will be competitively priced, and will help it to reduce operational costs.

About 75% of Africa’s energy needs are met through the burning of coal, gas and oil, while hydroelectric power accounts for a small amount of electricity. Geothermal and solar generate the rest of the power.