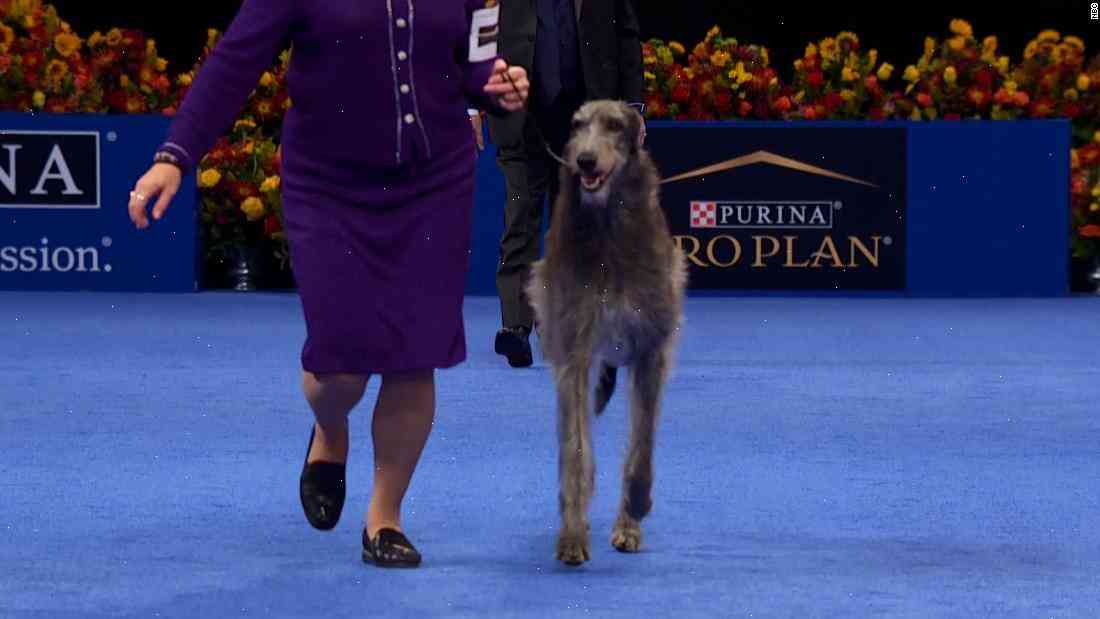 In a contest replete with colorful, superficially flamboyant creatures – a giant tortoise, a French bulldog, a Chinese water dog, a bald eagle, the basketball player Kobe Bryant and America’s president – to capture one title so heartily was a potentially rare feat. Not since Dutch water dog Elvis in 1986 had the winning pedigree been repeated: a Scottish deerhound called Claire, the Britain’s Got Talent finalist who enjoyed media attention after her appearance on the show, rose to the occasion on Saturday.

The competition at Madison Square Garden came on the heels of her performance in the national competition, known as the AKC National Dog Show, at the end of last month. Claire – a mix of Deerhound, Pembroke Welsh Corgi, Border Collie and German Shepherd – dominated the contest there, capturing her second straight best in show crown in the best in group “poodle, toy, nonsporting, nonworking, terrier” group.

But her canine manners earned the admiration of judges, who were pleased with Claire’s embrace of her male and female partners. (“She is an extraordinary animal, one in a million,” stated the champion judge, Alyn Haskett.)

Debuting at an adorable pixie-haired age of just two, Claire’s transition to full adult height of three feet and 75 pounds was accompanied by wags, sniffles and ribbons, as she cruised through the classes and earned a range of odd-sounding titles. She earned “best in originality” for rolling over on command and “best behavior” for her dogs’ obedience training.

But her most visible trait was her ability to provide athletic display, demonstrating a leg-pounding power befitting a professional athlete. She was called on to rock the runway in a performance she described as part-song, part-rehearsal.

In the victory speech she delivered after winning “best in group,” Claire declined to name her favorite animal, saving her accolades for her trainer, Heather Wildman.

When climate change is an important report.